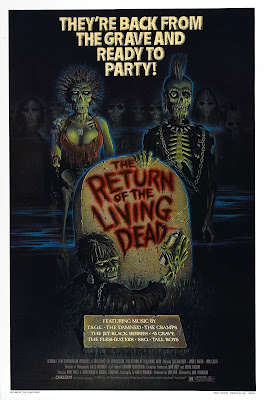 Foreword:  I wrote this post back in JUNE of 2016 and because I'd much rather focus on people making a positive impact with my publication, and I didn't want to seem like I was writing this on the defensive, I chose not to post it.  Now with things surfacing about the Jeepers Creepers director, as well, I thought I'd post my thoughts on one of Hollywoods vile creatures:  Brian Peck.  I've never wanted to do journalism in this manner, but I feel my mind needs to be cleared and if it helps any of you out in the horror community avoid this individual, then I'm happy.

One of my favorite movies of all time, and hand's down the best zombie movie I've ever seen, is without a doubt Return of the Living Dead.  When it came time to come up with a theme for our next issue ROTLD was definitely at the top of the list.  I had just done an interview with Linnea Quigley (the red headed grave stone dancing punk rocker Trash in ROTLD), and I had a talk with William Stout who did all of the zombie and set concept art.  So it all just made sense to do a 30th anniversary Return of the Living Dead issue right?  So I started to gather the "ingredients" for the issue.  Looked into who from the cast and crew we would want to interview.  Linnea and Mr. Stout were in and I talked to Allan Trautman who plays Tarman, and he was in.

The issue was starting to look amazing.  There was no shortage of artwork out there for the movie.  From actual artwork for the posters and multiple DVD and Bluray versions of the movie, to fan art that is literally everywhere you can see.  Putting this issue together was so much fun as I was dealing with a movie that I had a ton of love for.  Now in the middle of putting it together my partner in Gore Noir, Taylor, was away at a horror convention in Los Angeles, which just so happened to feature a few Return of the Living Dead actors signing autographs.  Taylor was able to secure an interview with one of the actors Brian Peck and she texted me to let me know about the interview and I was pretty stoked.  Mr. Peck played the punk with the mohawk named "Scuz" in ROTLD.  So Taylor does the interview and snaps some pictures of Brian with the magazine and all is well and done.

Until I get an email..  From a person that is very accusatory..  Very vicious..  They go on to question our publication for helping to promote Brian Peck, who they say is a convicted pedophile.  Mind you, we had no idea of Mr. Peck's background and if we had, we wouldn't have even done the interview.  At this time I'm on the defensive.  I'm not quite sure of what my next action is.  Do we include this interview that has nothing to do with this person and only has to do with his on screen persona in a movie that I love?  Or do we drop the interview because this person is a vile human being that shouldn't be allowed to do conventions or any of the things he's allowed to do these days?  We chose to drop the interview because I couldn't print it with a clear conscious.  I couldn't help promote this person and further their career anymore than it already is. 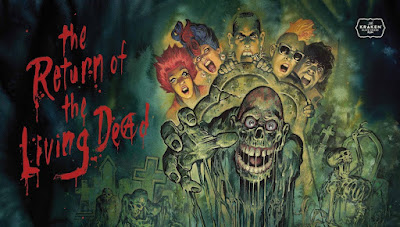 One of my thoughts was to include a "foreword" with the information about his conviction.  But one thing I wanted to do when creating this magazine was to help promote good people and never buy into the politics of the genre.  I never wanted to get into gossip or anything of that nature.  I wanted to keep things fun and light hearted and this would just be completely against what I set out to do with the magazine.  I decided to just forget the whole thing even happened and focus on the good people and artists that we had lined up for the magazine and push forward.

This was all up until I see a link posted online about Brian Peck and I shook my head.  This guy..  So I clicked on it and low and behold..  The article is by Daily Mail and has photos of Brian on the day of the interview with our magazine.  I'm reading through it and my stomach is wrenching.  The things they are saying about him and his ability to still continue on and work with kids is crazy.  Then I come across the name of our magazine mentioned in the article itself!  Thankfully it was sandwiched in between a lot of thoughts on how he is a horror convention fixture and how no one in the scene realizes what he is and what his past was.  There wasn't the same accusatory tone as what came across in the email.  I'm assuming the email was from someone that was close to the writer of this article.  This all stoked that fire in me and I couldn't just let it rest.  I needed to let my side be known.  This person who still works in Hollywood and does conventions was not the person who we thought he was.  He was not an honored actor in one of my favorite zombie movies.  He was a convicted pedophile and didn't deserve to hold my magazine, be interviewed by my magazine, or be mentioned in the same breath or article as my magazine. 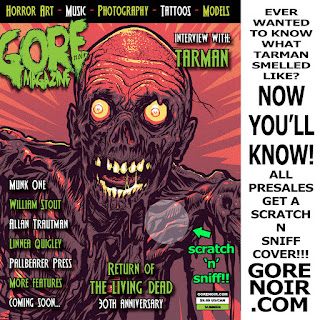 So if you see Brian Peck at a convention, are thinking of interviewing him for your podcast/blog, or anything that you might be considering at all.  Please consider first the vile things he's convicted for doing in the past.  I feel like this should be known by everyone in the horror scene.  We want our kids to feel safe, we want to feel safe, and we don't want anything tarnishing this wonderful community we have.

If you want to read the article that Daily Mail did on Brian Peck click below: