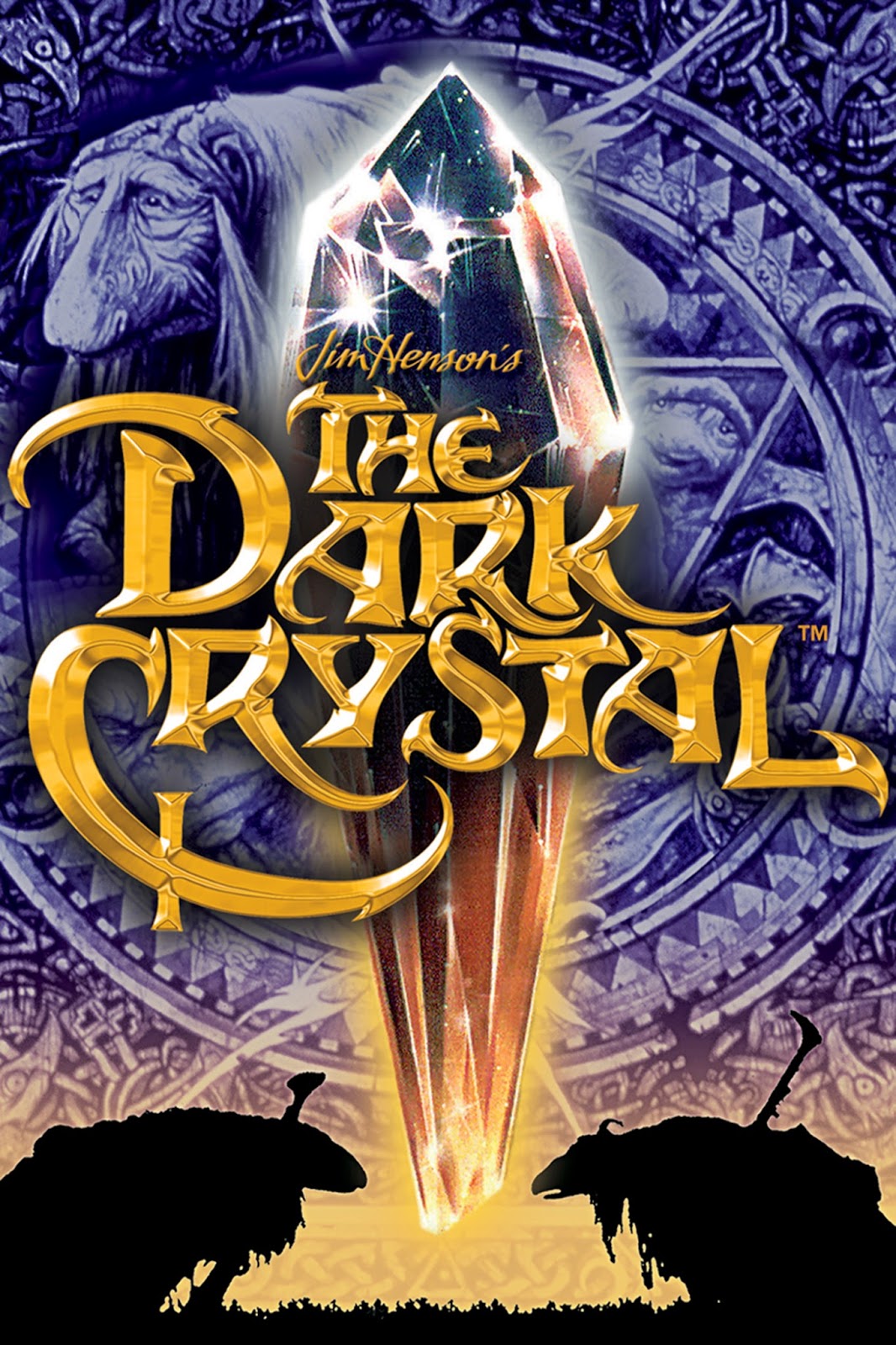 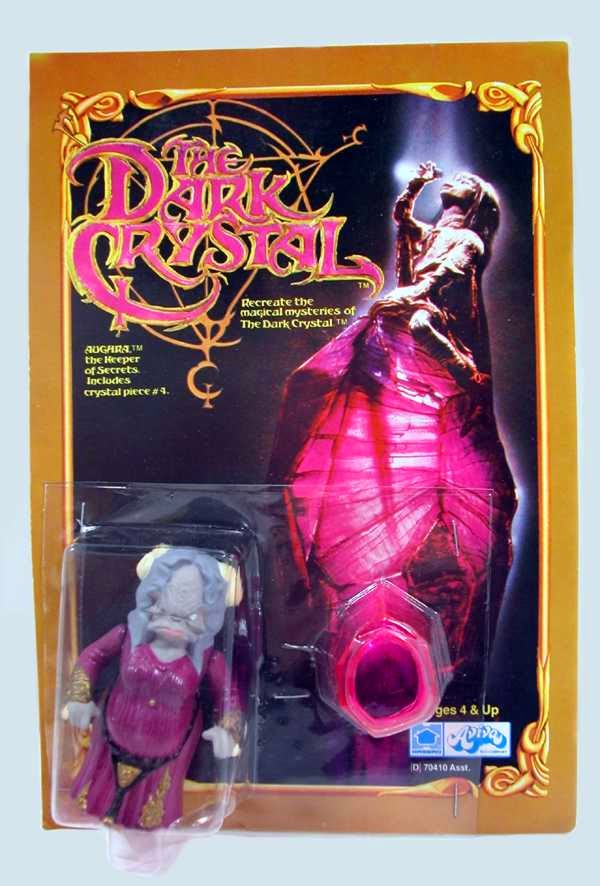 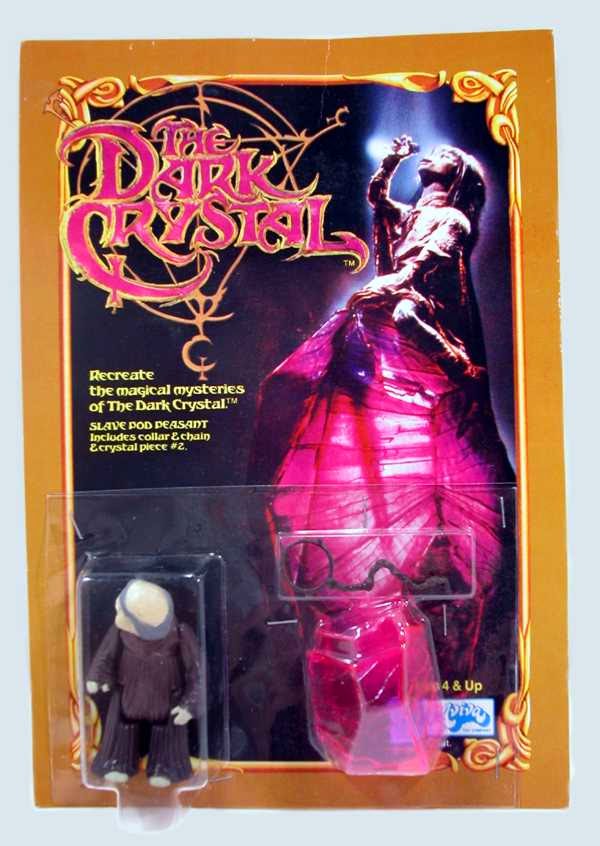 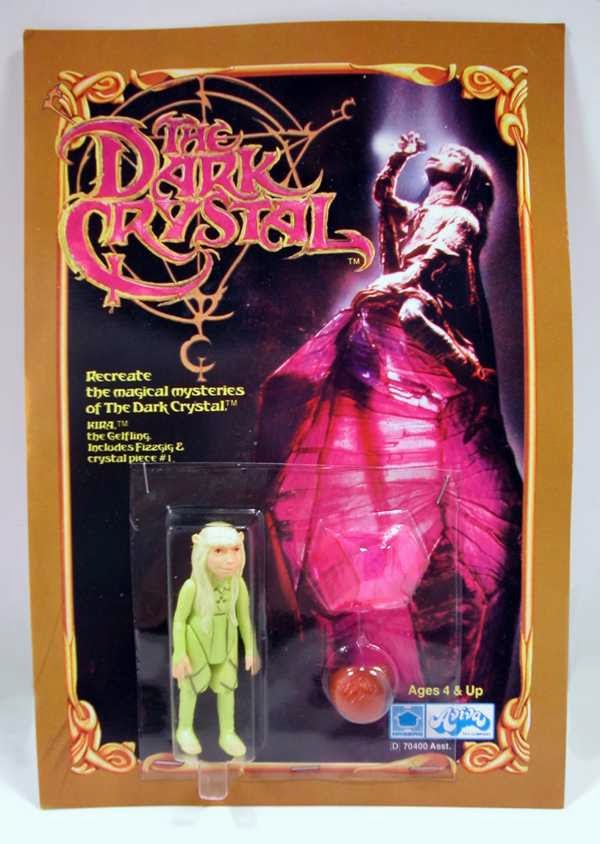 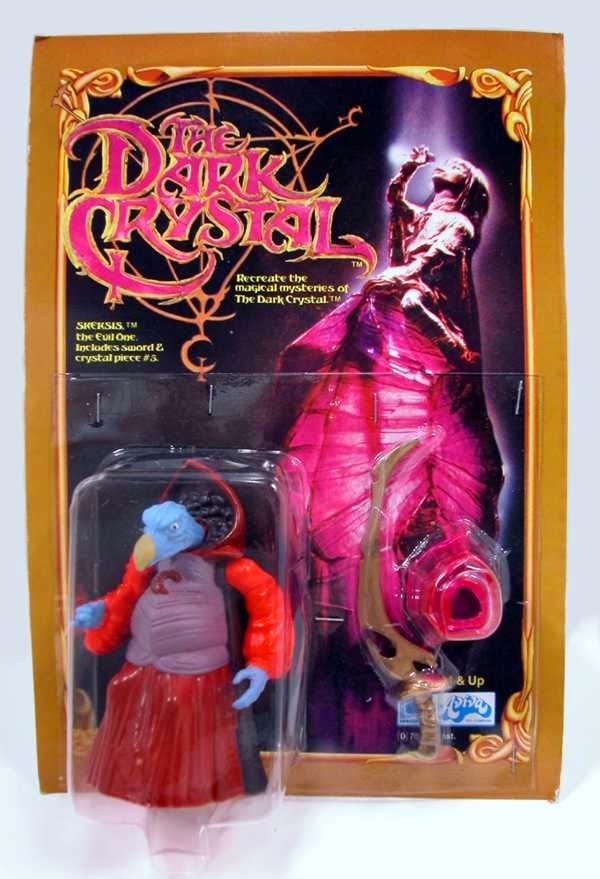 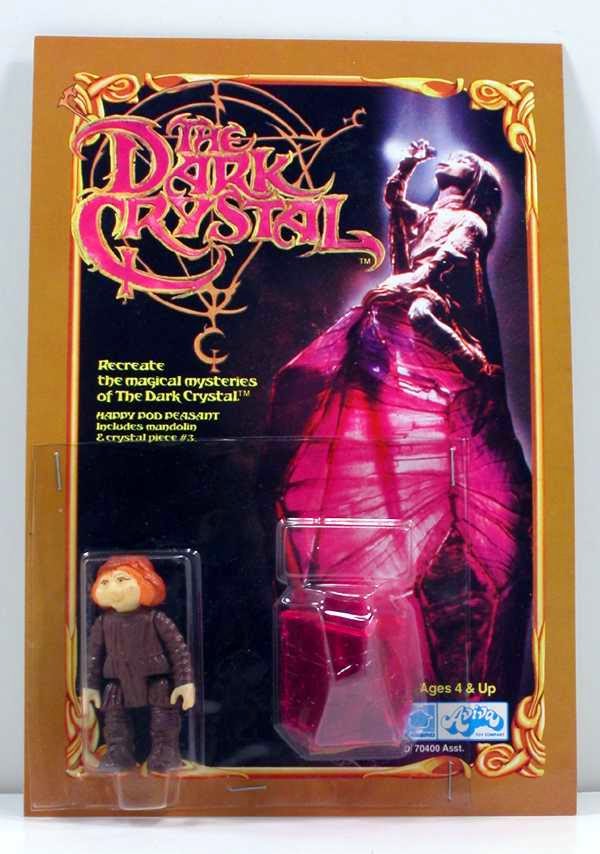 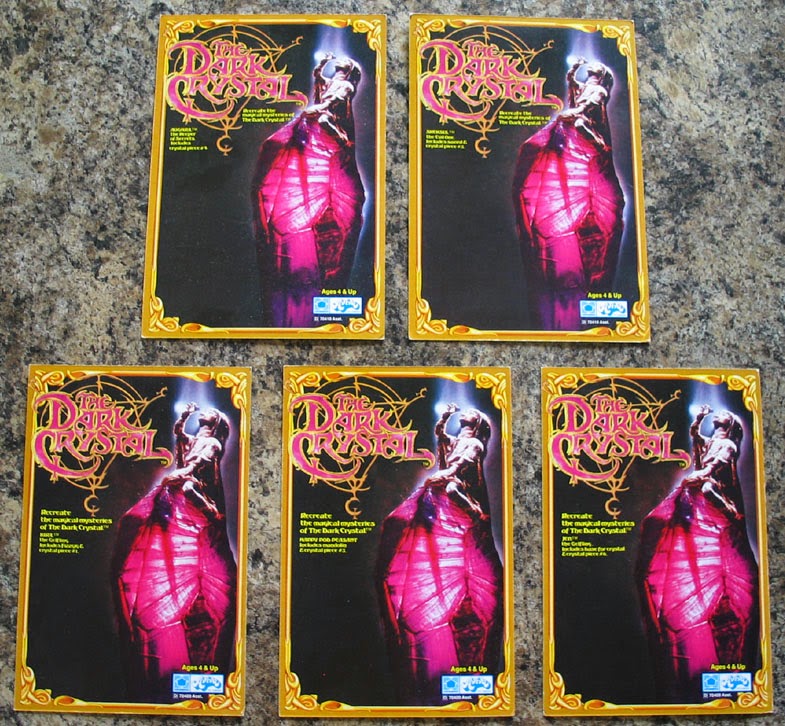 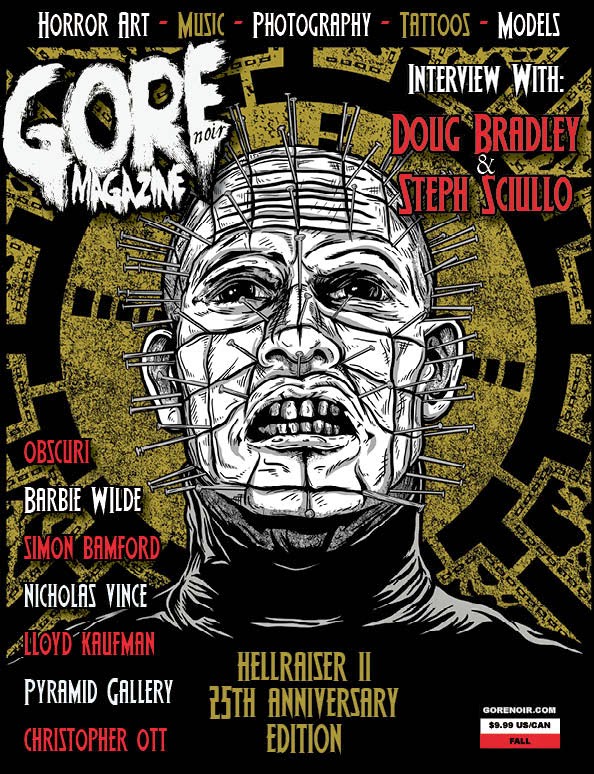 To say that Clive Barker has been a HUGE influence on my life is a great understatement.  Ever since seeing Hellraiser the cenobites have made many an appearance in my dreams and now, in my magazine.  Beyond Hellraiser I was able to pick up Clive's book the Thief of Always, and that sent me even farther down the rabbit hole.  I must not have been more than 12-13 when I first read the Thief of Always and the concepts and imagery that were presented definitely sparked things in my mind that allowed me to explore odd themes in my own writing.  Fast forward to this last September and our adventure BACK to Los Angeles for the Days of the Dead convention.  The only reason we really made the trek, flew out to LA, and plopped down the vending fee was to get to meet Clive Barker.

This was the only convention I had seen his name attached to in the longest time and it was also an excuse to go see a lot of the friends we had made while we lived in Los Angeles. (apparently a week is not enough to get to see all of you and I'm sorry to anyone we couldn't meet up with!)  The convention itself was really extremely awesome and that's even with LA already having hosted Monsterpalooza just two weekends back.  The sheer amount of cool celebs was mind boggling.  There were so many that I didn't even know were going to be attending.  I was amazed.  But it was all for one moment.  When we stepped up to Clive's table we were actually one of the first handful of people that got to see him.  I shook his hand first and handed him the poster that Steve McGinnis (great artist check him out) had created for our Hellraiser II anniversary issue.  Clive was so impressed with both the poster and the magazine (cover by Christopher Ott) that he asked to have one.  I gladly gave him our last copy and told him that I really wanted him to be in that issue but it just didn't work out.  He promptly agreed that he should be in one of our issues and I told him we'd be HONORED and that of course the cover would be his and that we would do everything we could to make that happen.  Here's to hoping that you'll soon be seeing the legend in our pages!  Until then check out the kickstarter for IMAGINER VOLUME TWO!  The first volume is just amazing and I would love to get my hands on both the book and some of his prints offered through Century Guild! 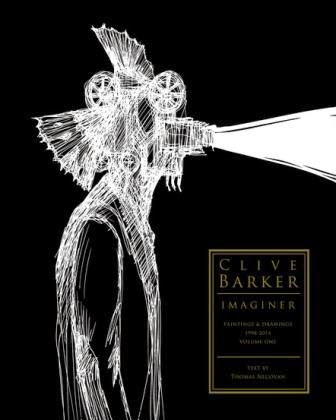 IMAGINER: THE ART OF CLIVE BARKER, VOLUME TWO
LIMITED EDITION OF 1,000 HARDCOVER BOOKS (will not be reprinted)

Now through Halloween on Kickstarter.

“If people want to know who I am or where I get my ideas from or why I write the things that I do, Imaginer is the answer to that question.” -The Hollywood Reporter (commenting on Imaginer Volume 1)


For over twenty years the imagination of Clive Barker has been hailed as a genius by a generation of creatives including such notable visionaries as Stephen King and Guillermo del Toro.  But where does Clive Barker find his primal inspiration?

Clive has said from his first interviews that he keeps a brush and ink next to his bed to capture fragments of dreams, and that his stories originate as visuals first- the works on canvas are more often than not Clive's inital introduction to the characters and universes that he then picks up a pen to illuminate.  The most recent example of this is his world of Abarat:

"I'm painting these pictures in the expectation that... interesting, strange characters and landscapes will come into my mind and into my mind's eye and appear on the canvas through the brush. There is something willfully strange about this process- that you stand back at the end of a night's work and you look at something and you say, 'Where did that come from?' I mean, I'm not the only artist who does that - lots of artists do that, I know. And it's been wonderful because if I had created Abarat from words- if I'd written Abarat and then illustrated it... it would not be anything like as rich or as complex or as contradictory a world as it is. Because this is a world which has been created from dream visions...  What I'm doing is finding stories that match the shape of my dreams."

IMAGINER 1 was the first comprehensive volume documenting the artwork of Clive Barker; IMAGINER 2 is an identical format- with all new words and images.  Featuring over 75 artworks and 208 pages, the book will be a gorgeous large size of 10" x 13" inches.  The book is composed of entirely ALL NEW and ULTRA HIGH RESOLUTION image captures, painstakingly color corrected to the original paintings.  The detail is impeccable, and Clive flatteringly described the difference in the detail and accuracy of the new captures to any previously printed ones as the difference between "chalk and cheese".

This is an art book of the highest quality, and is being created with the utmost attention to detail to present the artwork as though you were witnessing the paintings in person.

The purest, most direct path from the raw creative mind of Clive Barker to our world is through his artworks.  We are in the process of exhuming and documenting a lifetime of genius; these artworks are the origin points of characters we recognize, and hold hints of stories yet to come.  ALL PROFITS FROM IMAGINER and our EDITION PRINTS will be put directly towards the archiving of the artworks, journals, and manuscripts of Clive Barker.

IMAGINER: The Art of Clive Barker is curated and produced by Thomas Negovan and Century Guild, a Los Angeles art gallery specializing in works on paper 1880-1920 including Gustav Klimt, Egon Schiele, the Symbolist and Expressionist Art movements, and historically significant objects from the Art Nouveau era.  Works previously in the Century Guild collection are now on permanent display in the Art Institute of Chicago, the Detroit Institute of Art, and the Metropolitan Museum of Art (NY).


WHAT PEOPLE SAID ABOUT IMAGINER VOLUME ONE:

"For Barker fans, to be able to see the beginnings of his inspirations will be a page-turning treat.” -The Advocate
“Barker described the new collection as ‘the missing element’ in any evaluation of his career to date.” -The Hollywood Reporter

“I have no respect for or need to be respectful of reality… My lines can investigate entirely different kinds of journeys.” -MoviePilot