Soylent drink being advertised on Facebook is a real thing! 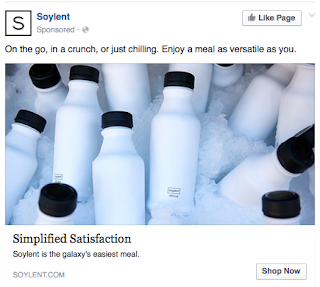 With a tag line like "Enjoy a meal as versatile as you." You'd think that the makers of Soylent know about the 1973 movie Soylent Green.  That movies plot is that in the not too distant future there's a company called Soylent Corporation that is manufacturing rations for the starving New York City population.  Well these major ingredient of this Soylent Green ration is found to be..  Wait for it..  Human!  Yes!  Soylent Corporation is feeding the populace human.

Now why would a company put out a product under the Soylent name without even thinking of the past of this very same moniker?  Are they just naive of what thoughts comes along with the Soylent name?  Are they very aware and just hoping that no one can even remember that movie?  Maybe they know all well about the Soylent Green movie and are hoping for some controversy and to maybe sell some product as a result?  I'm not quite sure but I'll go ahead and send them an email and see if they respond.  I'll post my findings here as an update when I get word back.  Keep your eyes peeled! 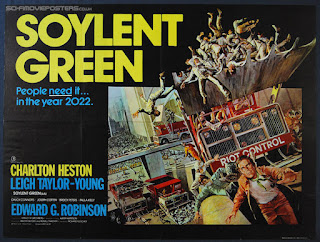 Now I know it's only 2016 but I guess Soylent decided to get a "leg up" on the competition?  "People need it.. in the year 2022" I'm just at a loss for words.  Below is a screenshot of their website.  Feel free to go to Soylent.com to check out what they have to offer.  It's apparently a subscription based "meal" in a bottle.  You can get up to 144 "rations" a month for a discounted price of $348.  That's only $4,176 dollars a year.  That would give you a little less than 5 bottles a day.

It comes in at 400 calories a bottle and claims to be Vegan/Animal Free.  Can you eat human and still be Vegan?  I mean are we considered animals?  I'm being silly here obviously..  This is based on the "Drink 2.0" of Soylent.  It also says it is not organic, kosher, gmo-free, allergen-free, or gluten-free.  Well there goes all the hopes for you gluten-free cannibals! 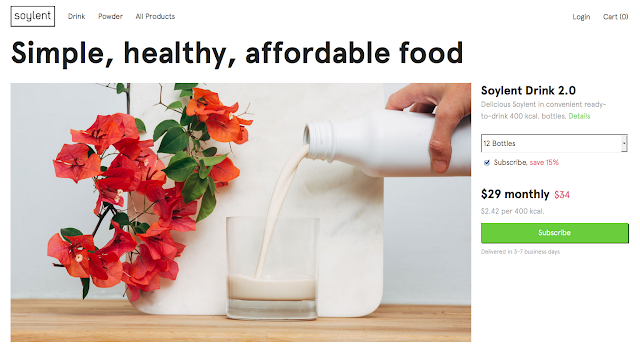 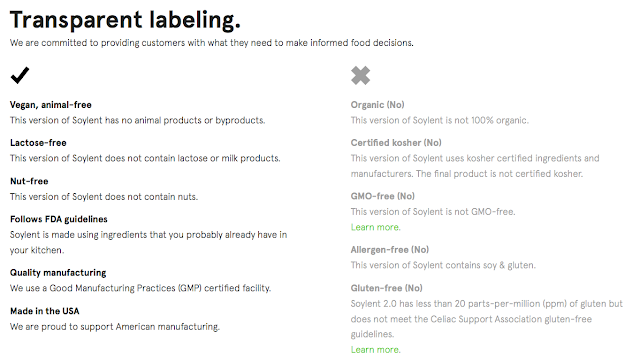