Horror Magazine publisher puts his skin up for sale on Kickstarter! [Press Release]

Just in time for Halloween Gore Noir Magazine Publisher Mitch Rafter offers Kickstarter perk allowing you to tattoo your company logo or design on his skin!

Las Vegas, NV October 15, 2021 - Gore Noir Magazine, celebrating it’s 10 years in independent horror print, has launched it’s 5th and most exciting Kickstarter campaign. Keeping in line with the subject matter of the issue featuring Hellraiser, Mitch Rafter will be allowing those who pick the $2,000 perk, to tattoo their logo or design on his skin.  That’s right!  You will be forever etched in ink on his skin!  This issue of Gore Noir is a once sold out re-issue of their Hellraiser homage, featuring exclusive interviews with Pinhead himself Doug Bradley, as well as, Barbie Wilde, Simon Bamford, and Nicholas Vince who also played cenobites in the 1988 Hellraiser II film. The campaign will be going the full 30 days, ending on November 14th, 2021.  The campaign aims to raise a minimum of $3,000 for rising print costs of the 64 page full color publication, but the publisher targets blowing that number out of the water. 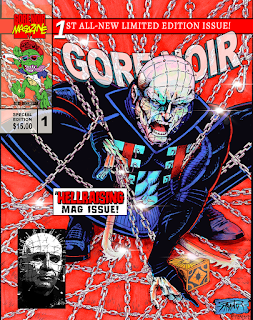 This magazine is not just an exact reprinting of the sold out issue, it will feature a new cover artwork by Stephen Strange.  The artwork itself is also an homage to Todd McFarlane’s iconic and often reproduced Spiderman #1 cover.  With all the news of Spiderman No Way Home and the brand new Hellraiser series that is going into production this mash up cover couldn’t come at a better time!  Those who will step up to support Mitch’s independent horror print magazine can choose from perks including:  Exclusive stickers, New shirt designs, posters, Hellraiser magazine reissue in both regular and 3D cover versions, trading cards, ad space, and of course your logo or design on Mitch’s skin. 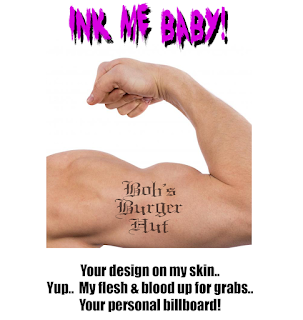 Mitch is quoted as saying, “I’ve loved horror my entire life, including the Hellraiser, I actually have the puzzle box tattooed on my elbow.  It just made sense to start my own horror magazine, and I’ve been pouring my heart and soul into it for 10 years straight.  Why wouldn’t I put my skin up for grabs if it means I’m able to continue doing my magazine for possibly another 10 years?”  Right now there’s only 3 tattoo spots available at $2,000 a piece but if it means not having to worry about money for the next issues he says:  “I’ll keep going beyond 3 spots..  I’ll even give up all the skin on my legs!”  Make sure you check out Gore Noir Magazine’s Kickstarter, become a backer, and get in line to tattoo your logo or design on Mitch. 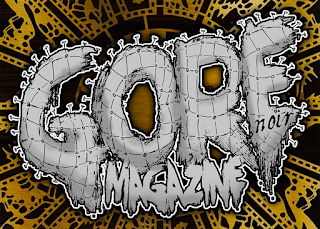