Here are my Top 13 picks of Horror Movies You Need To Watch!

A Nightmare On Elm Street (1984)
If you haven't seen or at least heard of this movie, I'm assuming you've lived under a rock your entire existence. A Nightmare On Elm Street is about a teen girl named Nancy who starts being stalked in her dreams by a severely burned man. A secret the parents kept from their children comes to light as Nancy discovers why the man, Fred aka Freddy Krueger, is killing teens off one by one.. 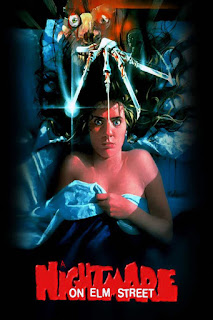 Friday the 13th (1980)Never question a Mother's love for her child. Friday the 13th is about a group of camp counselors getting ready to re-open a summer camp where, years prior, a young boy drowned. Now, someone is stalking the counselors and killing them off one by one. Who is the killer? Find out when you watch this awesome summertime flick! 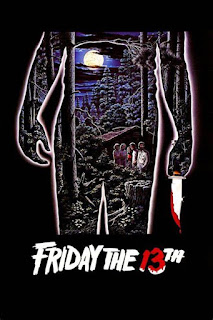 Halloween (1978)
Talk about the definition of tall, dark and moody.. Fifteen years after a young boy named Michael Myers brutally kills his older sister on Halloween night, he escapes from the mental institution that has held him and returns home to kill again. This movie features a young Jamie Lee Curtis that marked her spot as a Scream Queen. 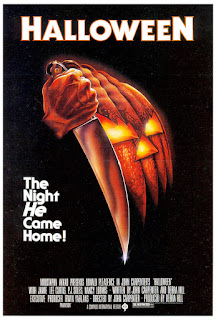 Scream (1996)
The movie that reinvented the horror genre as we know it. On the eve of the one year anniversary of Sidney's mother's murder, teenagers are being stalked and killed by an unknown killer. The killer always asking that infamous question: "What's your favorite scary movie?". This film will keep you on your toes until the final confrontation between Sidney and the killer. 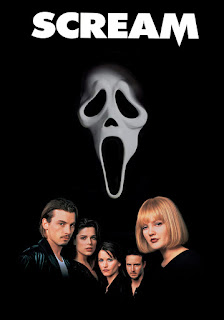 IT (2017)
In the summer of 1989, a group of friends who call themselves the Losers Club come together to fight off a shape-shifting being, disguised as a clown, that is feeding off the children of Derry. This remake stands on it's own as a classic. Now to be fair, the original IT (1990) was a great film for it times, but because of limitations it couldn't live up to the full potential of Stephen King's book. Give this film a chance and in the end... you'll float too! 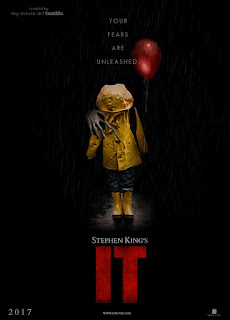 The Texas Chainsaw Massacre (1974)
Before Michael, Freddy and Jason, we had Leatherface. Leatherface is inspired by a real life serial killer named Ed Gein. The Texas Chainsaw Massacre is about a group of teens (two being siblings) going to visit a grandfather's grave that has recently been desecrated. They make the mistake of picking up a crazed hitchhiker and then their lives are in danger as they come face to face with a cannibalistic family. 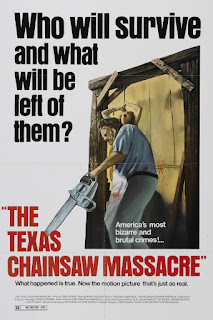 The Amityville Horror (1979)
"GET OUT!" Based on a true story, newlyweds George and Kathy Lutz move into a beautiful home in Long Island with their children where a mass murder was committed. The family starts experiencing strange things within the house and eventually are run out by the supernatural forces that are inside. This flick will surely make you question ever buying a home with a brutal history. 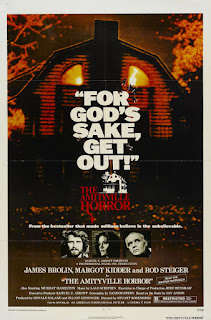 The Evil Dead (1981)
The movie that proves nothing good comes from going into the woods, The Evil Dead introduces five college students in need of a vacation. They go to a secluded cabin in the woods where they discover there is evil lurking within. After finding an audio tape and book, flesh possessing demons are released and one by one they are taken. We're going to get you... not another peep... time to go asleep.. 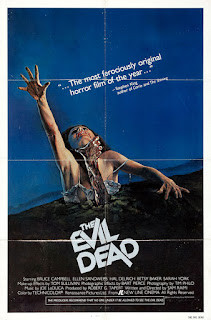 Jaws (1975)
This movie had people terrified of the water for years. When a killer shark causes terror on a beach community in Amity Island, the local sheriff along with a marine biologist and a eccentric seafarer come together to hunt the beast down. Just when you thought it was safe to go back in the water, this flick proves why it's never a good idea to not listen to the Sheriff. 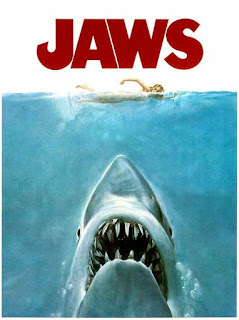 Hellraiser (1987)
"You opened the box, we came!" If you're into sadomasochism then this is the film for you.... maybe. When Kirsty's father Larry and step mother move into his childhood home, unknowing to them the house is still occupied by Frank (Larry's brother). Frank used a supernatural puzzle box to summon demons known as Cenobites. Now Frank requires a blood sacrifice to escape the sadistic demons. Hellraiser is not for the faint of heart so proceed with caution. 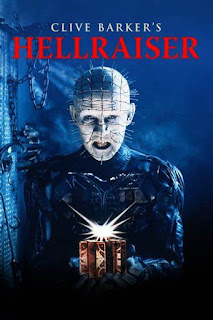 28 Days Later (2002)
When a group of animal activists break into a laboratory with intention to release the chimpanzees, they discover that the chimps are infected with a virus that causes rage. Not listening to the scientist's pleas, they release the infected chimps with disastrous results. Twenty-eight days later, Jim wakes up from a coma and soon realizes he's alone in the hospital. As he begins to search for others, he soon discovers that majority of the population is infected and are no longer human. Will he survive? 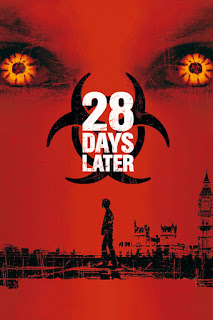 The Exorcist (1973)
This movie will have you hating pea soup and not able to look at a crucifix properly for awhile. When a 12 year old girl named Regan becomes possessed by The Devil himself, two priests come together to try to save her soul. Inspired by true events. This head turning flick will surely give you nightmares and make you cringe at the thought of ever playing with a Ouija Board. 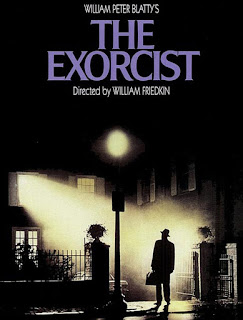 Trick R'Treat (2008)
Five interwoven stories that occur in the same area on the same night. A couple finds out what happens when you blow out a Jack O'Lantern before midnight, a high school principal has a secret life, a college virgin might finally meet a guy that's right for her, a group of teens play a mean prank that goes too far, and a mean old hermit gets a visit from a very special trick r'treater. This fun film will have you celebrating Halloween at any time of the year. 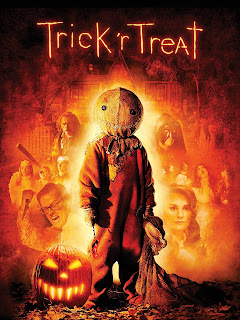 Now of course there are MANY, MANY more horror films I will always love to suggest and recommend, but for now, here's your starter pack into the genre of horror.